Stanley James Carroll Beck (21st February 1929 – 6th August 1973), sometimes known as Jimmy Beck, was an English actor best remembered for his role as Joe Walker in the popular British sitcom Dad's Army. The cast was mainly composed of older actors, but Beck was one of the younger members. He died tragically of pancreatitis near the end of filming for the sixth series at the age of 44.

Stanley James Carroll Beck was born in Islington, North London and attended Popham Road Primary School. His childhood was very tough, with his father frequently unemployed and his mother making artificial flowers to provide a small income. After a stint at art college and a period of national service in the army, Beck took up acting. Early acting roles included Shylock in The Merchant of Venice in 1963, for which he earned positive reviews. Moving to London, he decided to concentrate on television, and one role was as a policeman in an episode of Coronation Street involving a train crash. He also appeared in an uncredited role as a policeman in Gideon's Way in 1965, and became a regularly seen face in TV drama, with one-off roles in series like The Troubleshooters (1965, 1967, 1970) and the BBC's Sherlock Holmes series (The Blue Carbuncle, 1968).

In 1968 he was offered the role of Private Walker in Dad's Army, a role originally written by Jimmy Perry for himself. His performance as the black-market spiv who sometimes was a thorn in Captain Mainwaring's side was perfect for Dad's Army. While proving popular in this, his best remembered role, Beck still yearned for the challenge of other roles.

Always in demand, he continued to work on TV programmes such as A Family at War (1970) and Romany Jones (1972-73), in which he played the lead character Bert Jones. He also recorded an unbroadcast remake of a Hancock's Half Hour episode (The Economy Drive) in which he performed with Arthur Lowe.

By 1973, Beck had already recorded five series of Dad's Army and was working on the sixth, as well as working on the radio series of the show. Location filming for series six was completed when, whilst opening a fete in aid of Guide Dogs for the Blind, Beck was suddenly taken ill. He returned home and within an hour was rushed to Queen Mary's Hospital, Roehampton suffering from pancreatitis and he died there three weeks later aged 44. He was buried at Putney Vale Cemetery. It was later revealed that he caught pancreatitis from all of the drinking of whisky, beer and cider and smoking of cigarettes.

His death was a great shock to his fellow cast members, as well as to Jimmy Perry and David Croft, who had looked forward to his return to the show. They tried to recast him, but there was no-one good enough to take his place. In series six, during the episode Things that Go Bump in the Night, Walker does not appear in any of the studio scenes in the first half of the episode that take place both in Jones's van and in an old seemingly deserted house, and much of his dialogue was reassigned to Private Sponge. The dialogue leads viewers to believe that he is with the group, though. Walker is then seen in the location scenes in the second half of the episode in the woods, as these were filmed several weeks before the studio scenes.

In the following episode, The Recruit (which also happened to be the series finale), there is a note left in Walker's place when the unit goes on parade. Mainwaring reads the note (written by Walker), in which he apologises for his absence and indicates from his cockney dialect that he is busy conducting one of his many shady deals in London. This is the last time Walker is ever mentioned in the show, though his credit was retained on the closing titles. The character was written out off-screen, with no explanation for why he has not returned. However, the opening scene in The Man and the Hour shows that Walker survived the war and is back in Walmington-on-Sea by 1968. 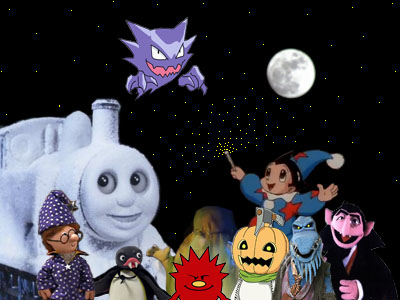