Put That Light Out!

Put That Light Out! is the seventh episode of the fourth series of Dad's Army, and was first broadcast on Friday 6th November 1970.

The Walmington-on-Sea Home Guard are sent to guard the local lighthouse—with Lance-Corporal Jones in charge...

Captain Mainwaring recently sent a letter to GHQ requesting if they could use the local lighthouse as a guard house, and has just received permission to do so. Jones' section are the first to test this new guard house and prepare to move off that same evening. Walker cannot attend because he is delivering some essential supplies, but the Lewis Gun has been fixed, "no questions asked".

Jones, Frazer, Godfrey and Pike arrive at the lighthouse and set themselves up. They have been asked to stand guard from 8:00 in the evening to be relived at 8:00 in the morning, much to Godfrey's disappointment. He is suddenly taken short and has to go downstairs, as the nearest convenience is right at the bottom.

Jones asks Frazer to check on Godfrey, but he refuses. He tells the story of his school friend Wally Reagan, who had been asked to watch over a lighthouse and, one night, he heard a slithering and a moaning from downstairs. He had gone downstairs to investigate, but had been scared back up because a "slithery thing" was following him up the stairs. He locked the door, but the slithery thing was trying to get in... suddenly they hear a knocking on the door, and scream—but it is only Godfrey.

They try the telephone, but they have been cut off. Frazer panics, and Pike reckons it is the slithery thing coming to get them. Jones takes control, and pulls a switch. Suddenly, they hear a loud moaning sound, and they realise they have turned the main lamp on—lighting up the whole town. They attempt to turn it off, hoping there is not an air raid that evening; just then, the air raid siren blares.

Hodges discovers the light and informs Alberts, another ARP Warden. Wilson also notices, and informs Mainwaring. They discuss how to put it out, and Mainwaring suggest rowing out there. Alberts says they will be dashed to pieces on the rocks, but Mainwaring states that it is a risk they shall have to take. Alberts then comments that there is no boat in the first place. Walker arrives with the Lewis Gun, and Hodges suggests shooting it out, but Mainwaring says it will kill the men in the lighthouse.

They decide to put the transformer out of action via the fuses, but only succeed in fusing the whole of the Jolly Roger Pier, not the lighthouse. A disgruntled lighthouse keeper appears and informs them that it is powered by its own generator. As the telephone line to the lighthouse is cut off, Mainwaring tries to ring the telephone exchange to try to get it reconnected, but struggles to make himself plain to the lady at the exchange.

Walker talks to her and asks her to reconnect the line. Mainwaring rings Jones, and tells him to go down to the generator room and turn off the lighthouse from there. However, they are taking a long time about it, and Hodges eventually persuades Mainwaring to shoot it with the Lewis Gun.

However, just as Mainwaring is about to fire, the generator is shut down just in time. Hodges remarks that they have not heard the last of this, and Wilson adds that they shall all be a lot poorer once GHQ learns about it. 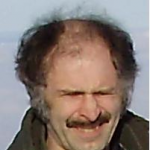